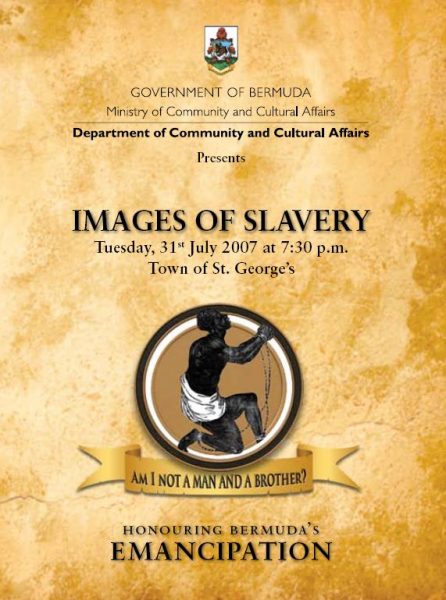 THE STORY OF THE ENTERPRISE
The American Brigantine “Enterprise” sailed into Bermuda on September 24, 1835 with 78 slaves on board at a time when slavery was illegal in Britain and its territories, but still practiced in America. Their ship which was sailing from Alexandria to Charelston was blown off course, and hoping to restock and sail they arrived in Hamilton Harbor. When a Friendly Society group found out there were slaves aboard the vessel, they obtained a writ of Habeas Corpus from the Chief Justice Worshipful William M. Cox, hoping to have the slaves report to him of their desire to return to slavery aboard the ship or to gain their freedom by staying in Bermuda. Fearing that Captain Smith and the other ship masters would not comply, the slaves were ordered off the ship and taken to court at 9pm the same night. Most slaves chose their freedom and by the time court was adjourned at midnight, Worshipful William Cox had secured shelter in a unused warehouse for them and food was provided for them by the members of the Friendly Society. Captain Smith was given a stern warning and the Enterprise set sail.