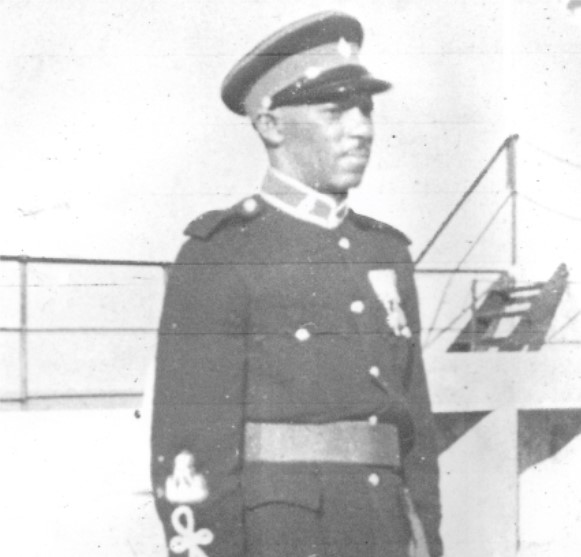 Bandmaster Captain Horace Gibbons was the first bandmaster of the Bermuda Regiment band. He made history in 1970 when he became the Regiment’s first Bermudian Director of Music.

His military career began with the Bermuda Militia Artillery in 1935 and his musical studies started even earlier. His grandmother, a church organist, was his first music teacher.  His instruments were the clarinet and the saxophone.

As a young man, he played in a hotel band, but being a bandmaster was his true calling.

He shared his musical talents with countless Regiment musicians and after he retired from the Bermuda Regiment, he taught music at St George’s Secondary School.