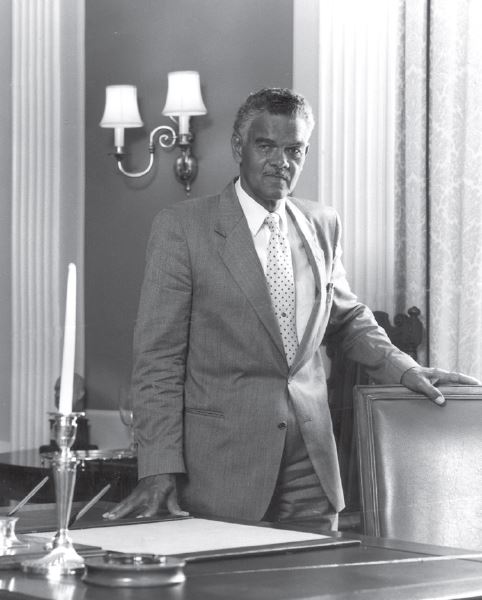 Cecil Dismont’s election in 1988 as the first black Mayor of Hamilton capped 30 years’ service as a member of the Corporation of Hamilton.

His election, which signalled the falling of another barrier for black Bermudians, won broad approval and was also vindication for his father Albert, a successful businessman whose bid for a seat on the Corporation was unsuccessful.

During his tenure, Hamilton became a more accessible city for people with disabilities.  The popular Concerts in the Park were started during his tenure.

Cecil Dismont began his business life working at Dismont’s Cycle Shop on Reid Street. He and wife, Leonie, later operated a shoe store from the same location for 21 years.

As a young man, he distinguished himself in sports, excelling in gymnastics, tennis and cricket. He played on the St. George’s Cup Match team for three years.  In 2003, the city fathers renamed Dismont Drive in his honour.