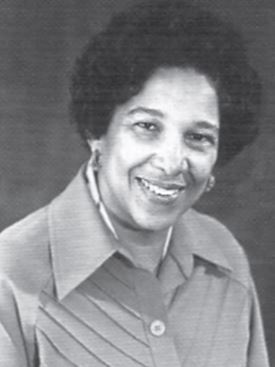 First elected to Parliament in 1968, Gloria McPhee held the distinction of being Bermuda’s first female Cabinet Minister. During her time in Cabinet, she served as Health and Social Services Minister, Education Minister and finally, Minister of Planning and the Environment.

She piloted through Parliament groundbreaking bills such as the Bermuda Hospitals Boards Act and the Bermuda Archives Act and was also instrumental in securing the Stonington property as a site for the Bermuda College.

Gloria McPhee attended Howard University where she met her Bahamian-born husband Bert McPhee. She received her medical degree from McGill University, where she obtained a master’s degree in zoology.

Dr. McPhee opened his medical practice in Hamilton in 1955, and was medical officer of the Bermuda Regiment from 1968 to 1983. After obtaining additional training in geriatric medicine, he was appointed physician in charge of the Extended Care Unit at KEMH and Consultant Geriatrician to Ministry of Health and Social Services. He was retired from KEMH in 1996.