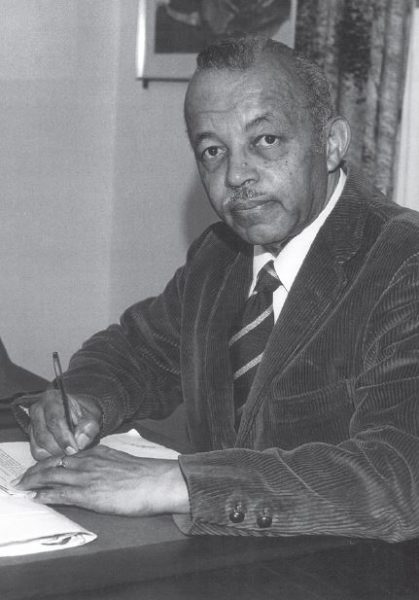 Dr. Kenneth E. Robinson rose up through the ranks to become Bermuda’s first Chief Education Officer.  He gave much to education, as a role model and mentor, and as an advocate for more training, improved facilities and higher salaries for the island’s underpaid teachers.

He capped his own academic credentials with a doctorate in education from Harvard University.  As president of the Bermuda Union of Teachers during a period known as the Fighting Forties, he helped put the Union on a firmer footing.

Historians are indebted to Dr. Robinson for his book Heritage, which documents the accomplishments of black Bermudians during the pre-and post-Emancipation period.

The Department of Culture’s Dr. Kenneth E. Robinson / Cyril Outerbridge Packwood Memorial Lecture gave recognition to that contribution. Heritage was a realization of his commitment to “write blacks into the history of Bermuda.”