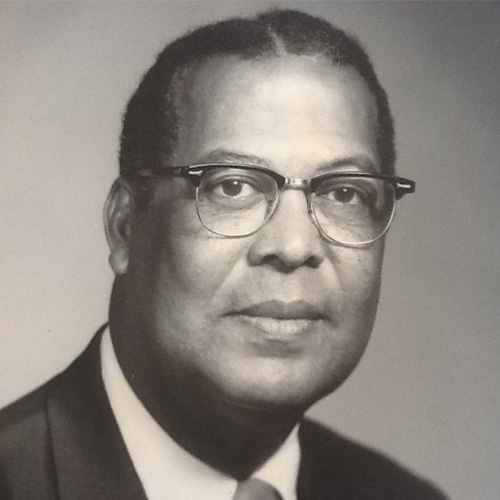 Born in Flatts and educated at The Berkeley Institute and Wilberforce University, Dr. Stowe studied dentistry at Meharry Medical College in Tennessee. He established his dental practice in Bermuda in 1938, and practised for 50 years.

During the 1950s, he served as president of the Pembroke Political Association, the political machine for black parliamentary candidates during an era of restricted voting rights. In January 1961, in a history-making move, he was appointed chairman of the Bermuda Dental Board, one of four black people appointed board chairman that year. He served on the board for 20 years.

Heavily involved in church and community projects, he was president of Matilda Smith Williams Home for 20 years.  His keen interest in gardening was very much in evidence at his Pembroke home. It also found an outlet at Keep Bermuda Beautiful, of which he was chairman for three years. A long-time trustee of St. Paul AME Church, he was a recipient of the church’s highest honour for laypeople, the Richard Allen Award.