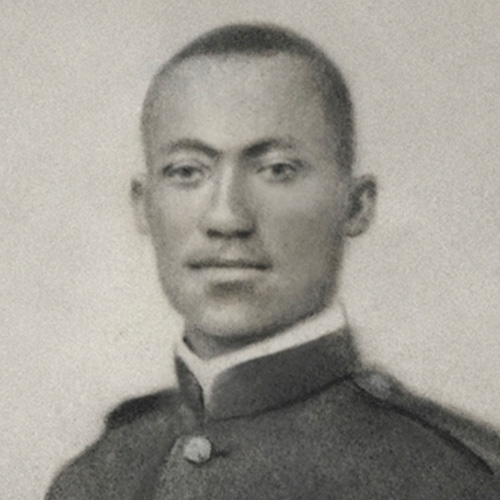 George Morris had already travelled halfway around the world by the time he arrived in Bermuda in 1899 with the West India Regiment.

He enlisted in the West India Regiment while working in Barbados and saw service in Sierra Leone and Ethiopia. The soldiers were known as Bully Roosters because of their colourful costumes. In Bermuda, George Morris’ unit did service in the Islands of the Great Sound, where Boer War prisoners were interned.

In 1902, he married Bermudian Annetta Masters. He found work at Dockyard and later through his military connections landed a job running the coffee bar at Prospect.

He then went into business for himself, purchasing a bar on North Shore, Devonshire, which he renamed Sea View Bar. The bar attracted people from all income and class levels. An entertainment hall which he built next door to the bar became a popular venue for concerts, dances and silent movies. He and his wife, who worked alongside him in the business, were politically conscious. They were active members of the Bermuda branch of Marcus Garvey’s United Negro Improvement Association, which was formed in1920. George Morris often led UNIA band marches and parades, riding on horseback.