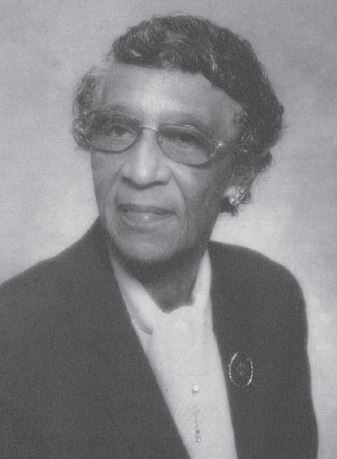 A daughter of Bermuda Workers Association co-founder William A. Davis, she received her initial training at the Cottage Hospital Nursing Home on Happy Valley Road, followed by a year’s course of study at Lincoln Hospital School for Nurses in New York in 1944.

She then returned to Bermuda and to a position at the Cottage Hospital Nursing Home. In 1956, she embarked on a second course of training in London.  She qualified as a state registered nurse (SRN) in 1959 and a State Certified Midwife (SCM) in 1961.

Returning to Bermuda, she rejoined the Health Department, working her way up to the post of senior nurse. She later returned to London to take a health visitor’s course.

In her younger years, Miss Davis was a keen gardener, photographer, member of the Socratic Literary Club and the proud driver of a classic Austin Cambridge car. She overcame obstacles through persistence, determination and a sheer love for nursing.