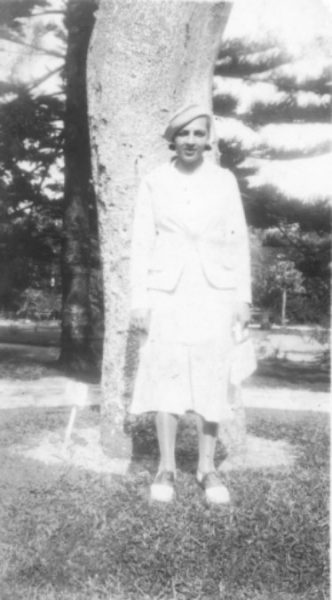 Matilda “Tilly” Baxter was an enterprising businesswoman who began her working life as an employee of the A-One store in Somerset. She later worked at Railway Variety Store on Bob’s Valley Road.  When the owner retired, she purchased the store and started a new venture, Midway Supermarket.

The supermarket was later downsized to a variety store, Midway Superette, and eventually became Midway Restaurant. Her businesses served the Somerset community, including hundreds of children from neighbourhood schools, for 42 years.

She played cricket during her younger years and was captain of Somerset Cricket Club’s women’s cricket team.