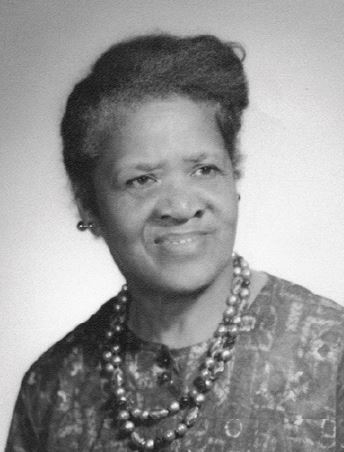 Olivia Tucker was the first black Bermudian to qualify as a pharmacist.

After completing high school in Washington DC, she attended Columbia University’s College of Pharmacy, graduating in 1925 as a Ph.G. (pharmacy graduate).

Her dream of opening a pharmacy in Bermuda was never realised.  She failed the local registration exam, but refused an offer to rewrite it and returned to New York.

In New York, she ran her own pharmacy on 136st Street.  She subsequently joined the staff of Harlem Hospital, working her way up to the post of head pharmacist.

During the 1930s, she was corresponding secretary of the North Harlem Pharmaceutical Association, an association of black pharmacists.

She also gave service during the Second World War as an air raid warden and as a mail censor.

In 1975, the College of Pharmacy’s Alumni Association honoured her as a 50-year graduate of the school.

She was active up to the age of 89 when she returned to Bermuda, where she would spend her final years.