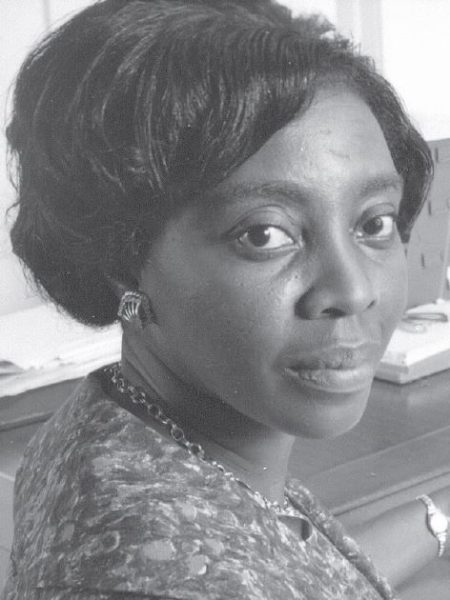 With her appointment as Registrar General in 1966, Ruth Seaton James became the first black person to head a Government department in Bermuda. This distinguished civil servant was an outstanding student at Central School and The Berkeley Institute.

She attended business school in the United States, where she also worked as private secretary to a top executive. Her initial attempt to join the civil service was rebuffed because of her race. She was subsequently offered a position as a clerk in the Registry General, which put her on the path to her subsequent appointment to the top post.

In April 1968, she was praised by Governor Lord Martonmere for her efficient preparation of the voters list for the forthcoming general election in May, the first to be held under the new Constitution.

Her career was cut short by cancer, which claimed her life at age 44. The Ruth Seaton James Centre for the Performing Arts in Devonshire is a lasting tribute to her contribution.