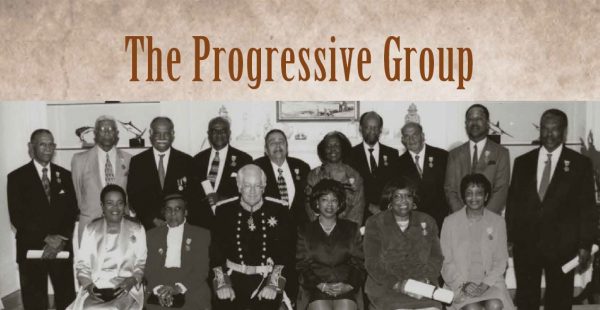 In early June 1959 a letter was circulated calling for Bermudians to boycott the island’s theatres, this letter was signed “A Progressive Group”. This group was successful in organizing what has now become known as the Theatre Boycott on 15 July 1959. After just a few weeks, on 2 July, this boycott achieved what years of parliamentary debate had not: the end of racial segregation in Bermuda’s movie theatres, hotels and restaurants.

These radical men and women worked outside of the parliamentary process to send a message of freedom, equality and democracy to the ruling elite of the time. The efforts of this Group, while mainly displayed through the Boycott, were far reaching. The Progressive Group challenged the cultural fabric of the time and proved that Bermuda’s black community had the power to generate change. Originally an anonymous group of young, black and determined Bermudians, the identities of the members of The Progressive Group’s remained a secret until 1999 when the Group was awarded the Queen’s Certificate and Badge of Honour in recognition of the 40th Anniversary of the 1959 Theatre Boycott.