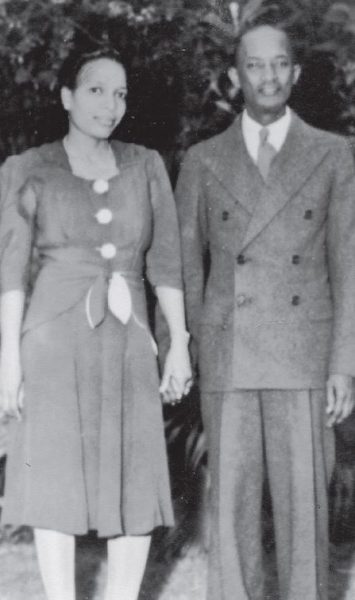 Victor Scott, ably supported by his wife Edna Mae, can claim credit for putting Central School on the map as one of the island’s top primary schools. Victor Scott took over the reins of Central in 1934, with a proven record as a gifted headmaster in his native Jamaica and at West End School.

He set high standards in the classroom and introduced innovative extra-curricular programmes. Edna Mae Scott joined Central in 1943 as a classroom teacher. As director of Central’s choir, she led students in concerts, radio and television performances and at the annual schools’ Festival of Music.

The Scotts helped mould the lives of hundreds of students—including at least two premiers—in their formative years. After his death, Central was renamed in Victor Scott’s honour. Edna Mae continued to contribute to education as principal of Elliott and then Harrington Sound Primary School.