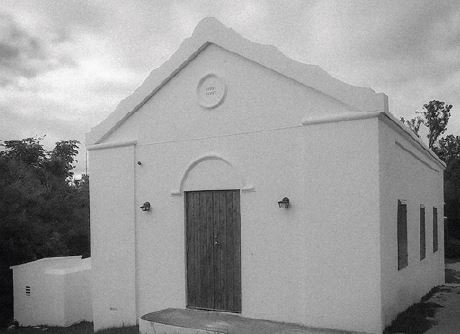 Spurred by a deep desire for education, 12 men came together six years after Emancipation with a vision to establish a school in Devonshire for their children.

Elliott School opened in 1848 with 36 students on Jubilee Road, Devonshire. It was built on two and one half acres of land purchased in 1840 by William Robinson and John Williams.

They won support for their cause from ten other men. They were William Thomas Robinson, Thomas Robinson, William Butterfield Jennings, Richard James Jennings, Israel Smith, Thomas Smith, Thomas Peter Burch, Daniel James Johnson, Richard Tuzo and Richard Thomas Zuill.  While it is not known whether the men were free or enslaved at the time of Emancipation, they lived during the era of slavery and their forbears would have been enslaved.

Eight of the founders were masons, two were carpenters, one was a labourer, while William Butterfield Jennings was a planter, preacher and carpenter.  They raised funds and used their skills to build the school.

When the school was completed, the founders took out an ad thanking all who contributed and singling out Governor Charles Elliot, after whom the school is named, for his support.  William Robinson and John Williams then sold the land to the trustees for one shilling.

The school remained in its original location until 1926 when overcrowded and damaged by a hurricane, it moved to larger premises further along Jubilee Road and is now located on Hermitage Road.

The original schoolhouse is unchanged and is still in use. According to the Bermuda National Trust book, Bermuda’s Architectural Series, Devonshire, it “stands as testament to the firm faith of 12 men, who deprived of an education themselves, (few of them could sign their names on the deed), had a powerful believe in the value of education for themselves.”

The building where students moved in 1926 was restored in the 1990s by the Old Elliott School Trust and is now home to the Kaleidoscope Arts Foundation.