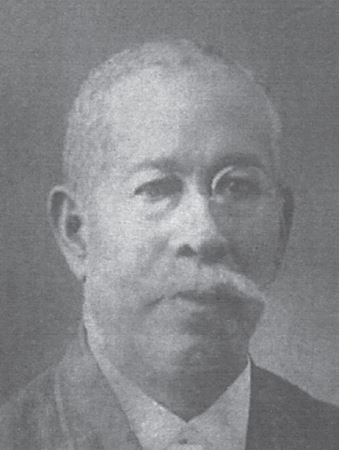 Landowner and philanthropist Clarence Darrell was the leading black businessman of his day. Clarendon, a two-storey building at the top of Flatts Hill that he purchased in 1885, was both his residence and the location of his provision business.

He also owned a dry goods store and his livery and grain business was said to have been the largest in Hamilton.  He acquired property in other parts of Bermuda as well. An influential member of the Oddfellows Lodge, he purchased a lot of land in Hamilton on which the Oddfellows built the performing arts centre Colonial Opera House.

He was the father of seven who made their mark in society. They include Gladys Darrell Stowe, a pharmacist, and Dr. Amy Darrell Williams, who was the island’s first female black dentist.

Darrell was such a prominent figure that flags were flown at half-mast in Hamilton when his body was brought back to Bermuda aboard the SS Fort George following his death at St Luke’s Hospital in New York.