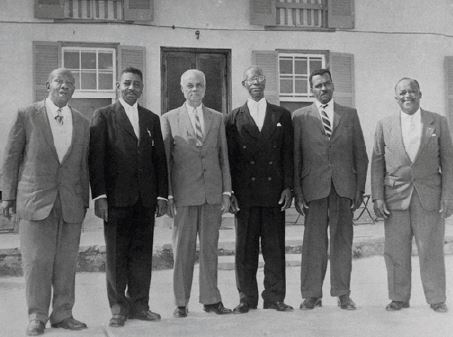 Devonshire Recreation Club, which was established on June 1,1945, has played a significant role in sports and politics in Bermuda.

A majority of them were either Caribbean-born or of Caribbean ancestry and business owners. They provided the financial backing that allowed members of a club then known as Pond Hill Workmen’s Club to secure a large tract of land on Frog Lane, Devonshire.

David Augustus, a co-founder of the Bermuda Recorder, was the club’s first president. Work on improving facilities began within the first two years, followed by the decision to field a cricket team bearing the club’s name.  Devonshire Lions football team was its second team. The late 1950s saw the emergence of a women’s softball team, Devonshire Diamondettes, and men’s softball team, the Diamonds.

Devonshire Rec’s secluded location made it a popular venue for political meetings. Politicians who took to the podium to fire up the party faithful included early Progressive Labour Party leaders Arnold Francis and Walter Robinson, who were also club members.

During the 1965 Belco strike, many Bermuda Industrial Union workers took refuge at the club.

The club has had its ups and downs.  But recent successes included winning the FA Cup in the 2007-2008 season, winning the Triple Crown in 2012 and celebrating its 70th anniversary in 2015.