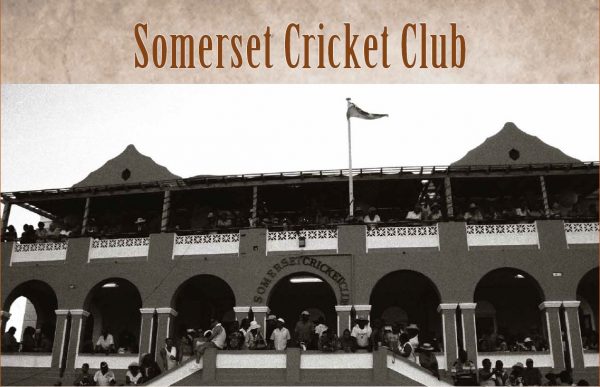 Prior to the first Cup Match of 1902, the members of the United Order of Odd Fellows Somerset Lodge renamed their cricketing organization Somerset Cricket Club. The first club house was located downstairs of the old Bermuda Water Mineral Factory on West Side Road, Somerset. The club’s colours were chosen: red and blue, and a motto was developed — Semper Paratus (Always Prepared). This represents the first era of the club’s history. The second era began in 1926 when the club was successful in taking the bold step of incorporation, resulting in the Somerset Cricket Club Act 1926, which allowed that the club to purchase property. Under the presidency of Mr. Warren Simmons, in 1946 the club purchased the land where the club house as seen today stands. The club was officially opened by Governor Sir Ralph Leatham on 8 January 1948.