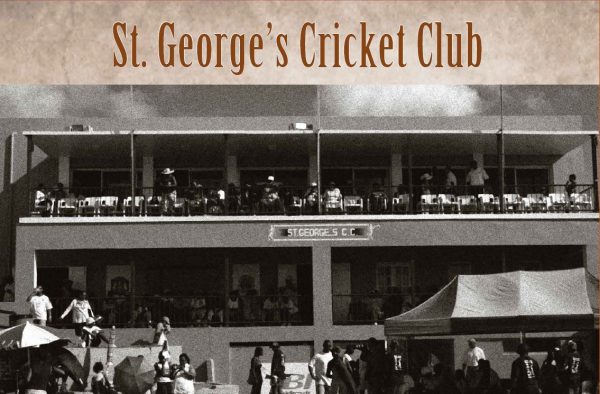 As a result of the friendly games held between the St. George’s and Somerset Lodges of the United Order of Odd Fellows, St. George’s Cricket Club was born. During its formative years the Club did not have a permanent location for a club house, thus they moved about in different buildings in the Old Towne of St. George, using rooms in St. Peter’s Church and the former Globe Hotel. The present site at Wellington Oval was purchased from the St. George’s Grounds Company, in which the Club held a total of five shares. Later the properties to the west and north of the playing field were purchased from the Packwood and Roberts estates.

The construction of the building which currently serves as the club house began during the 1960s under the leadership of club president Brodie Smith. It was around this same time that the Club began to branch out into other sports to diversify their activities. St. George’s Cricket Club along with the Devonshire Recreation Club for sponsored the first ever visit of two professional football clubs – Glasgow Celtic and Tottenham Hotspurs – in May 1966. Thus, the St. George’s Cricket Club boasts a strong tradition in both cricket and football, having had the former Wellington Rovers and St. George’s Colts come under their jurisdiction.