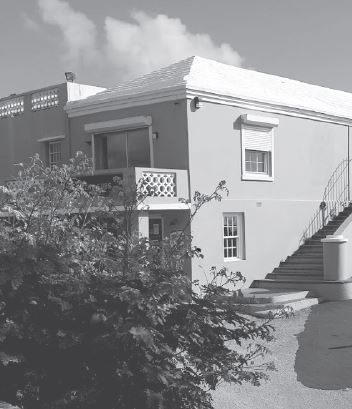 Warwick Workmen’s Club was established in 1922 when a group of 30 men, who included hotel workers, caretakers, pilots and Dockyard workers, began holding meetings in a small cottage near the club’s current premises. One of the founders was George Tynes “Booker T.” Washington, whose portrait is at the club.

A major step occurred in 1956 with the purchase of its current property on the corner of Cobb’s Hill and Middle Road. The club was incorporated in 1966. In 1969, the mortgage was paid off. Founder members in attendance at that milestone celebration included Arthur Smith and Morrison Swan.

Membership was as large as 500 in its heyday. Prominent political leaders such as Dr. E.A. Cann, E. T. Richards, Martin Wilson and Arthur Hodgson and businessman James “Dick” Richards were among the club’s honorary members.

The club provided scholarships and sick benefits and staged popular events such as fairs and fashion shows. A women’s auxiliary gave strong support, although nowadays women are regular members.

In the past the club was associated with Warwick Bombardiers and Warwick United football teams. Current sports on offer are snooker, volleyball, table tennis, billiards and a cricket programme for boys under age eight right through to senior level. The Club also sponsors WWC Pink Panthers netball team and Warwick United Majorettes.

Now as in the past, Warwick Workmen’s Club is making a strong commitment to the community through its youth, sports and recreational programmes.